Bat removal is critical for homeowners even though bats play an important role in our natural environment.  For instance, a single bat may eat up to 3,000 insects, including mosquitoes, in one night.  That's great for keeping some balance in the area where they live.  However, they can also be harmful if they roost or build colonies in homes or otherwise come into contact with people because they can carry disease and do considerable damage to property. It's a myth that bats in Virginia fly in your hair or suck your blood so don't worry about that.  But because they can cause health concerns to your family you have to consider how to get rid of bats if you find them in and around your home.

Our wildlife bat professionals find, trap and get rid of bats that have found their way into attics, basements, crawl spaces, soffits, chimneys, or any area of a house or business. Our Northern Virginia bat removal service areas include: 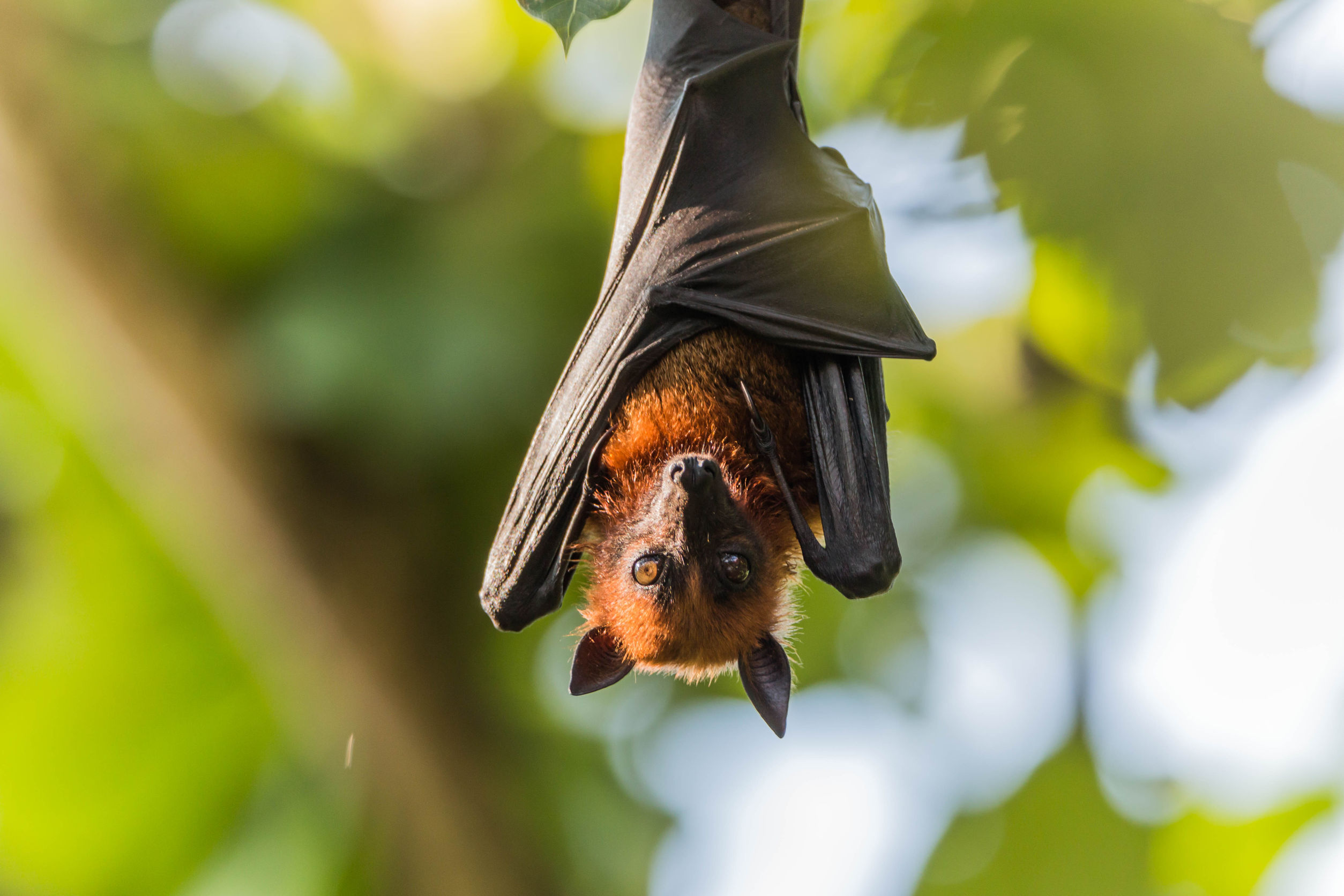 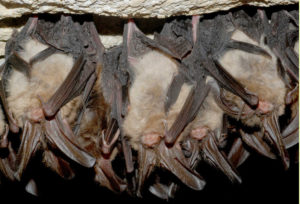 Bats are tiny, warm-blooded, mammals with the unique capability to fly. Bats utilize echolocation so as to locate little insects and can eat up to 3 times their body weight in insect pests each and every night. Bats may roost inside caverns and cliffs, however, most often form colonies in properties and structures. Once inside, bats like the consistent temperatures offered by walls and attics. Even though colonies can vary greatly in size, bats can cause significant destruction to commercial as well as residential properties and also present significant health dangers to animals and humans alike.

Lots of Virginia property owners will find they have bats in the attic room or under the eaves. If you discover an area with a significant buildup of bat guano (excrement) and you must be in the polluted space, promptly put on gloves and something to cover your nose and mouth. Bat excrement can harbor histoplasmosis fungi spores and should only be cleaned up by a professionally trained bat removal specialist.

Get a Bat Removal Estimate Today

THE BEST WAY TO REMOVE BATS FROM A HOME 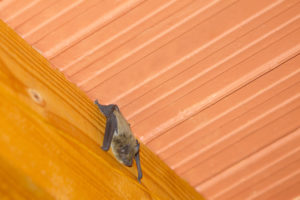 The best and only good way to remove bats from a property is to exclude the bats from the structure. Home owners may help bat specialists quickly deliver solutions for removing bats by waiting until dusk and checking out the outside of your home until about a half-hour after sunset, so as to see if you can identify where the bats are leaving from as they depart to forage.

Once the source of entry is found, the access point may be sealed off to prevent the bats from reentering the property. It is very important to ensure that all bats have departed the building before closing it off. They may cover the opening with a temporary wire mesh until long-lasting repairs will be made once experts are sure all of the bats have left.

Another benefit of this "let them out-- keep them out" method is that it allows bat removal without the homeowner or wildlife expert needing to come in contact with the critter.

From May through August, bats may have young "pups" still there in the roosted space. Our skilled wildlife bat removal expert will make sure no young have been left behind before plugging the gap.

BEST WAY TO REMOVE BATS FROM A HOME

WE REMOVE BATS BY FOLLOWING A WELL-DEFINED PROCESS 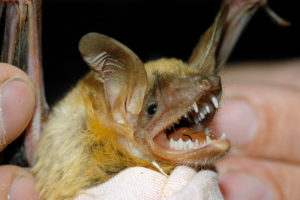 Our Business has a well-defined Wildlife Inspection method that becomes part of the solution we deliver for all wildlife removal services. As noted above, our Bat Removal Technicians will completely inspect the buildings and in the process identify the bat kinds. Our Company's Wildlife Specialist is qualified to identify bat entry points (bats will fit through a hole as small as the size of a dime!), locate the bat colony and determine the phase of the breeding cycle. To ensure a humane and economical bat removal, within the limits of the law, our approach involves removing the entire bat colony from your house. Our practical knowledge of bat behavior and biology ensures that breeding bats do not leave behind their babies, a circumstance that may increase physical health problems and costs.

BAT CLEAR OUT AND BAT CLEAN UP

Our Company's wildlife removal method is humane, safe and reliable no matter if we are removing squirrels, removing raccoons or getting rid of bats. Part of our process involves clearing out and cleaning up any contaminated material, like droppings or carcasses that will pose major health risks. Our Wildlife Specialist will advise the homeowner of all clearing and cleaning suggestions, like insulation repair work and attic repair, depending on the severity of contaminants and harm. This will help ensure a safe and healthy future for you and your household.

After humanely getting rid of and safely cleaning up after wildlife, the next step in our Company's approach is ensuring that your home and family members are protected. To prevent against future re-entry, our Wildlife Bat Specialist will use things like exclusion sealant to fill up even the smallest holes and gaps leading into your property. For your safety, our Wildlife Technicians will encourage you to contact your local Public Health Department, who will determine whether or not to check a bat that has entered your property for rabies, and if those at hazard for contact require post-exposure treatment like rabies shots.

WHAT TYPE OF BAT IS IN YOUR HOME OR PROPERTY? 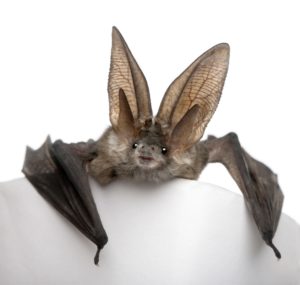 In Virginia, there are 3 types of bats protected under the Endangered Species Act that clearly restricts any person from aiming to "harass, harm, pursue, hunt, shoot, wound, kill, trap, capture, or collect, or to attempt to engage in any such conduct" any endangered or threatened animals. The three federally endangered types of bat throughout Virginia are Gray, Indiana, and Virginia Big-Eared.

Overall, there are 16 kinds of bats in Virginia. As noted above, three (Gray Bat, Indiana Bat, and Virginia-Big-eared Bat) are federally endangered, and one, the Rafinesque Big-eared Bat, is state endangered. The remaining 12 are non-game protected types in Virginia. The three Virginia bat species that are most likely to settle in a house or commercial building, are the Big Brown Bat, the Evening Bat, and the Little Brown Bat.

Before executing any type of management strategy, bat removal technicians must ensure that your problem bat is not one of these three endangered kinds.

Wildlife bat removal companies and property owners must know and understand the laws, guidelines, and recommendations that govern wildlife removal.  For instance, it is illegal to poison any wild animal (including bats) except mice and rats found in a dwelling. It is also unlawful to transport any bat species, therefore, making it against the law to relocate any types of bat aside from another location on the property on which it was caught.

The Virginia Department of Health and the U.S. Centers for Disease Control also recommends that if a bat is found indoors with people, you ought to catch the bat and have it checked for rabies. While under 1% of all bats really carry rabies, this is an occasion for complete vigilance. Bat removal professionals wear very heavy leather work gloves when they must handle a bat in any way.  You should too.

Bat Species Must Be Identified to Determine How to Remove Them

Bat Removal Experts depend on data supplied by the Virginia Department of Game and Inland Fisheries (VDGIF) to help determine the kinds of bat you have in your home or attic.  VDGIF provides information on counties that have reported a particular bat species in the area. Referred to as occurrence maps, they do not suggest the only areas where a particular bat may be found but they are a great way for wildlife removal pros to identify the species that you probably have. If the bat is on the threatened and protected bat list your bat management options will be limited because of federal and state laws.

In Virginia, bats are not a game species or a fur-bearing animal.  If a bat is believed to be a nuisance to a homeowner it may be killed.  The VDGIF broadly defines nuisance as "species found committing or about to commit depredation upon ornamental or shade trees, agricultural crops, wildlife, livestock or other property or when concentrated in numbers and manners as to constitute a physical health hazard or other nuisance".  It is essential to note the term nuisance does not include creatures designated as endangered or threatened. The mere appearance of a bat does not per se constitute the animal as a nuisance.

WHAT TYPE OF BAT IS IN YOUR HOME OR PROPERTY?

FACT: Bats will bite you when you're sleeping or if you try to capture them. If breathed in, bat guano or droppings can cause histoplasmosis, which is characterized by flu-like signs and symptoms. The young, very old and those with impaired immune systems are at great hazard for severe illness.

FACT: Bats hole up when temperatures dip below 50ºF or 10 ° C (roughly, September to April) and adolescent bats may be left behind to die if a parent is dispatched. They normally feed on a 24-48 hour cycle-- removing the active bats from your house may mean you're only catching part of the colony.

FACT: A bat will fit in through an opening the overall size of a dime. Just simply closing gaps doesn't work. Bats are going to often find another way out (and back in again) and if they die in your residence or business, they will create odors and destruction. Bats provide a truly necessary role in our environment (a single bat will eat up to 3,000 bugs, including mosquitoes, in one night), they can also be life-threatening if they roost or build colonies in buildings or come into contact with pets and families.